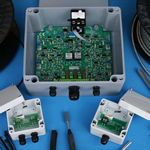 FenceSecure™ is a versatile fence-mounted perimeter intrusion detection system that can be applied to all types of security fencing.

Each controller provides normally colsed tamper and alarm contacts for integration with CCTV and any alarm or monitoing system.
The FenceSecure™ system can be installed on security fences to monitor penetration or climbing of the security fence together with PulseSecure™ to provide an electrified topping system that ensures the highest level of intruder detection and deterrent.

How It Works
The system consists of a piezoelectric (micro-phonic) cable and an analyser. This cable (VibeWire) acts like a microphone and is applied to the fence being protected. Signals and vibrations generated during an attack are transmitted to the FenceSecure analyser. The analyser is cabpable of detecting cutting, climbing, jacking or attempts to sabotage the system.

The Sensor cable
VibeWire™ is available in standard and armoured coatings to adapt to different types of application and risk. A full range of fixing accessories is available for fixing sensor cable to different forms of security fencing and structures.

Perimeter security are main agents for the FenceSecure system and as such can offer the most competitive pricing. We install and maintain this system for end users and supply to installers accross the globe. 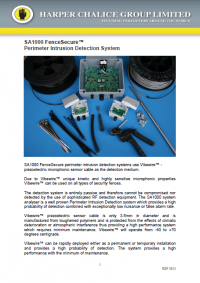