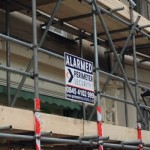 With price of lead and copper sky rocketing, most insurance companies are insisting on a scaffold alarm or declaring insurance policies invalid while scaffolding is erected around a property. With this in mind Perimeter security developed its Site-Guard range. Our site-Guard range, unlike most other companies products is completely wireless and battery powered.

The system does not suffer from false alarms because we use twin PIR’s. Two PIR sensors inside a single unit (both PIR’s must activate to cause an alarm condition) We can also configure the system to send confirmation signals to our alarm receiving centre. This means that the operators will know if more than one alarm sensor has been activated, you may then choose to only action the guarding company after a confirmation signal. If two detectors, each with two pirs have activated, its NOT a FALSE ALARM!.

The sensors have a detection pattern of 1.2 meters x 1.4 meters x 24 meters, this is ideal for scaffolding, we don’t just mask off a traditional 90 degree detector like othercompanies do. The sensors are made by Optex Europe. Optex are widely recognised as the world leader in external detection devices.

The Daitem system is the most popular scaffold alarm system. We have also recently launched our new Site Guard Lite and Site Guard pro which are also used on scaffolds

In the event of an alarm the system triggers a high output external siren and a signal is passed to our alarm receiving centre.

An operator will then call your key holders or guarding company.

Alternatively the system can communicate directly with your key holders mobile phones. 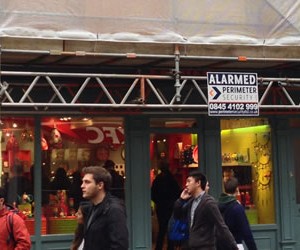 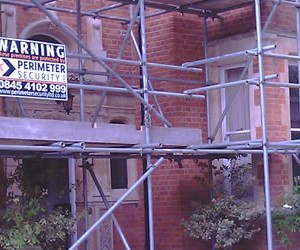 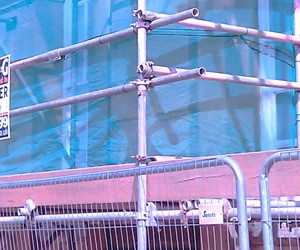 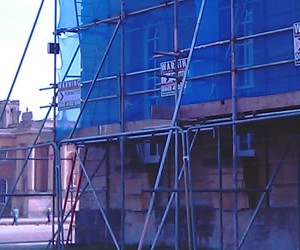 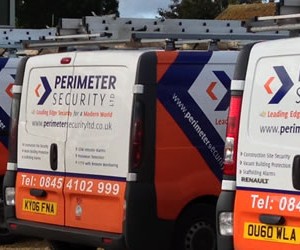 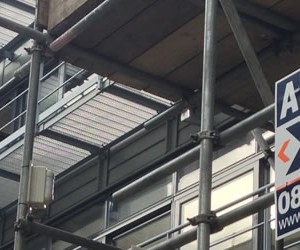 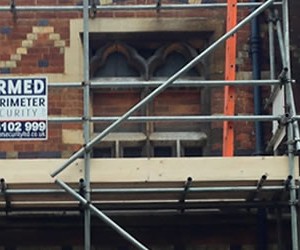 For more information please have a look at the systems commonly used on scaffolds Daitem system, Site Guard Lite and Site Guard Pro